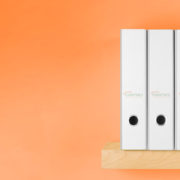 A  former IT specialist, who now runs a bookkeeping business in Newbury, was named  Olderpreneur Franchisee Of The Year, at the British  Franchise Association’s 2016 BFA HSBC Franchisee of the Year Awards ceremony, held at Town Hall Birmingham last night (September 29th).

Steve Brown said: “I am proud, delighted and a little shocked – it’s great to be recognised for your success – as well as having a sustainable business which I can pass on to my family in years to come.”

Pip Wilkins, bfa chief executive, said: “Steve’s shown the ability and resilience to overcome many challenges. From leaving a corporate environment and starting his own business, to managing that business while caring for his wife, his calm head and steadfast approach has translated into a fast-growing business – and now a national award as well.”

Andrew Brattesani, UK head of franchising for HSBC, commented: “While running his business and helping his daughter with hers, Steve’s still found time to put new ideas into the wider network for the benefit of his fellow Rosemary Bookkeeping franchisees. He’s a brilliant example of how in franchising, experience is highly valued and no age limit applies.”

Steve took over the Rosemary Bookkeeping franchise six years ago, and since then he has seen turnover increase by 37% per annum; client numbers have almost doubled since 2012 and one client is a company with a turnover of £5m.

“We are so proud of the success Steve and his daughter TJ have achieved and we will continue to support and guide them in growing their business even further” says Lisa Curteis, Recruitment Director Rosemary Bookkeeping Ltd.

Rosemary Bookkeeping has released more territories in the UK so please contact us on 0345 862 0072 to find out more information.

Are you an experienced bookkeeper seeking a new role?