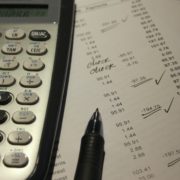 Since the Inland Revenue Service first formed (and then turned into HMRC in 2005), businesses across the UK have been subjected to filing annual returns through a long, complicated, paper-based process. The flurry of printing off forms, filling in complicated boxes, sending things off and then worrying that you’ve filled something in wrong – every year it’s confusion and panic. No matter how organised you are, you are bound to fall in a pitfall or two.

But over the last few years, HMRC have been working on a series of processes to make tax digital. This has happened very slowly, and typically means that key forms and processes have been digitised one at a time, to test how it all works together. After a series of beta tests, the government have pledged to take tax fully into the digital world. ‘Making tax digital’ is a key part of the government’s plans to make it simpler and easier for businesses (and individuals) to keep track of their taxes, pay the right amount and ensure they are on top of their paperwork. But, you know, without the physical paper. But what exactly does this mean?

Better Use Of Information

One of the things HMRC is most famous for in business circles is asking you for information that their systems already have, sometimes multiple times, rather than cross-referencing internally. This is partly because the sheer volume of data HMRC processes is staggering, and most of it is paper based. But with the digital system, information will be stored in a central database, meaning HMRC will no longer need to request information they already have, or can get from elsewhere (for example, by asking your employers, banks or other government departments). Every user will be given their own digital tax account, and through this they will be able to see all of the information HMRC holds on them and correct it if something is wrong. That in itself is cause to break out the champagne (for some people anyway), but it gets better. Using all of this consolidated, easy to digest data, HMRC will now be able to tailor the service it provides to individuals and businesses to suit their circumstances, instead of using the current ‘one size fits all’ approach.

Another negative of the hidden, paper based system HMRC have been using is that it leaves business owners struggling to plan for things like tax bills effectively, simply because they don’t have any clue what they’ll be liable to pay. Sure, they might be able to work out a rough estimate but until the annual return comes around they can never be sure. But with the new digital tax system, business owners won’t have to wait until the end of the year any more. Instead, HMRC intends to collect and process as much information that relates to tax as possible and use it as close to real time as they can. The theory behind this is that it will cut down on errors and stop owed tax from building up into one huge chunk, allowing business owners to plan effectively using real time information.

So as of right now, individuals and business owners aren’t able to see a full, accurate account of their tax affairs in one place. Instead, it’s spread over multiple forms and platforms, so if you want the full picture you need to be willing to put in some elbow grease. But HMRC have pledged that by 2020, customers will be able to see a ‘full, comprehensive financial picture in their digital account, just like they can with online banking’. So when this does roll out, you should be able to just log into HMRC with your unique account and see everything you owe or are owed, your current and past returns, and basically everything you could need for tax purposes.

Finally, what might be the best bit for some people – HMRC communications are going digital! So many business owners get that feeling of dread when the brown envelope hits the doormat – but no more. While some letters might still be sent, HMRC will be allowing customers to communicate with them digitally, and communicate back digitally as well. This will mostly be done through your HMRC account using a webchat and secure messaging function to talk directly to HMRC, instead of sitting on hold for hours waiting for someone to pick up the phone. Sure, you might wait a while for someone to be available on chat – but at least you can do something else while you’re waiting! Business customers will also be able to exchange information with HMRC directly from your business software in future iterations, so communication and submission of accounts becomes much simpler.

Of course, most of this isn’t all that new. The guidelines for the digital tax incentive were first published in December of 2015, and the scheme has been under constant work since. In fact, it’s still being worked on now. Parts of the system are online as we speak, and more are being trialled all the time. But for now, it’s time to start preparing for your business to go digital, so you’re ready for the big switch. That means moving all of your record keeping, bookkeeping and accounts into an online system, and then keeping them updated! Not a small task. But don’t worry – we’re here to help.

At Rosemary Bookkeeping, we can support you in not only choosing the right online accounting system for your business, but by providing training on your chosen platform too. We have years of experience and knowledge in all of the major online systems, helping us give you the information you need to make the right decision. We can even help you transfer everything in, and train you in how to use it all properly. From there, our experts are on hand to give you information, advice and ongoing support in keeping your business accounts digital, if you need it. To find out more about making your business accounts and tax digital, just get in touch with us today.

All aboard for the Rosemary Franchise Forum

A Small Business Guide To GDPR
Scroll to top